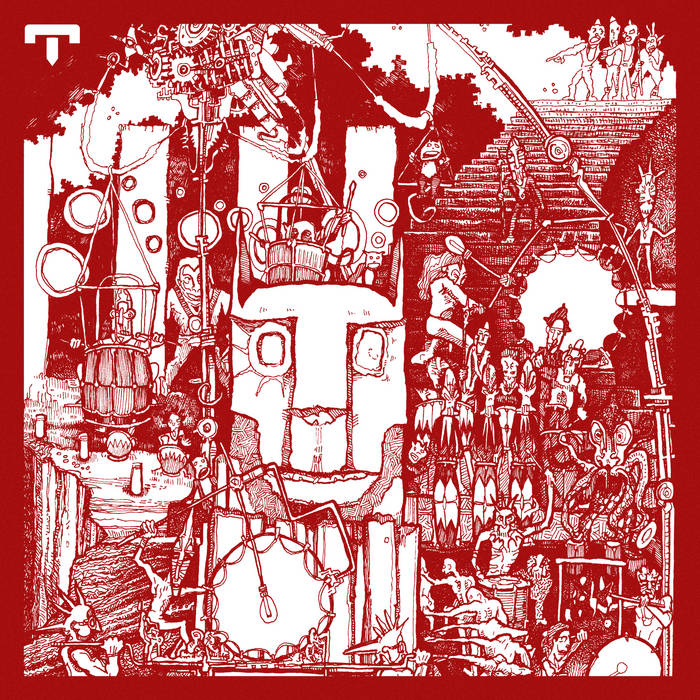 After debuting their label with the return of Headhunter, the TRUSIK team returns with their second vinyl release from the ever-illusive Ruffcut faculty member Tremble. Tremble has quietly made his presence known with reggae influenced tunes that are simultaneously roughly hewn, yet meticulous detailed in sound design.

For TRSK002, Tremble gives us “Too Much Terror”, which with all the daily attacks on civilians across the nations of the world, seems prescient. What starts out as sound system inspired roller slowly morphs into a technoid fusion of dread sub weight and dub techno chord flourishes.

On the flipside, Tremble simmers the tempo down to the 130ish range with “Bwoy”. Dancehall indebted sub detonations output cut vicious shapes while filtered Rasta portents gradually build into a technoid climax. Two killer sides for the concerning DJs!

For TRSK002, TRUSIK has incorporated artist Ben Ladieu’s immaculate pen and ink drawing into the overall aesthetic of the release. Ladieu’s work is often dense, multi-layered and full of little hidden details that draw comparisons to 80’s DIY punk flyers and Zeke Clough’s contributions to seminal dubstep label Skull Disco and Woe to the Septic Heart.

Written and produced by M. Lewis

Bandcamp Daily  your guide to the world of Bandcamp